After a rather poor winter season, at least in Värmland, King Bore finally found his way. But some turfers didn't bother. Some activities may be cancelled by over 1 meter of snow but Turf will go on. ABECE was the one to manage the forecast best this round. With 1 165 530 points by 5 906 takes the turfing truck driver reaches his second gold medal. But it wasn't just the weather ABECE had to fight, CRUDO from Göteborg gave him a long and hard fight. With 1 070 618 points by 5 343 takes CRUDO claimed the silver medal this round. At third place we find KråkanKrax from the crowdy turfer-island of Åland. She had a fight with TXL far into the round but KråkanKrax won the race this time. With 920 719 points by 4 593 takes she adds another bronze medal to her collection.

Turf Crew members are now testing the application with the new design. Hopefully you will be able to try it out soon as well. For the time we have also sent out a hotfix on the existing application which will fix the problem of the application crashing when turfing with the screen turned off. 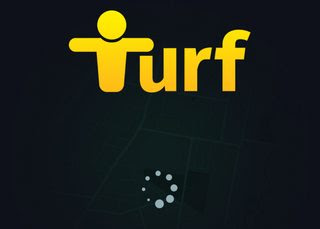 See you in a zone!