Symbol for a castle zone. 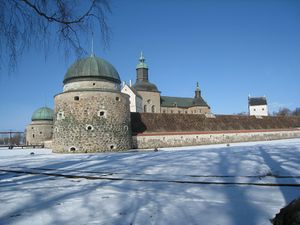 Vadstena castle with the zone WhatCastle in the municipality of Vadstena in the region of Östergötland in Sweden.

Castles are buildings originally built by kings and princes when the burghers had played their role as defenses. The castles became centers of power and government after the Middle Ages.[1] In Turf, castles are a type of zones that are located at or in castles or forts.

The most taken castle zone is WestCastle, found in the municipality of Västerås in the region of Västmanland in Sweden.