Congratulations to the winners of round 143: ZonerX from Stockholm biked home his third Gold, Drylaw13 from Scotland added a Silver to his previous two Bronze – will the next medal be a Gold for him? cre8or from Västra Götaland had to turf home over 1 million points to secure a Bronze this round.

The World Cup in Turf took place in Västervik on the 21st of May, over 300 turfers came together and competed in two heats. 190 turfers took at least one Event zone in the Foot event and OdKing from Dalarna won Gold. 145 turfers competed in the Bike event and it was a tight race to the very finish, when MrJokerit from Västra Götaland came out on top and took home the Bonanza Gold.

A new record for maximum number of turfers to take a zone together took place between the two Bonanza heats at the Event area: a total of 194 turfers assisted MovieMania when he took the Bonanza2022 zone.

In the evening at the Bonanza banquet, the Turf Awards for 2021 was revealed.

Turf Star of the year: Welshman

Turfer of the Year: UrbanGeeks

Results from the Bonanza and Turf Awards 2021 can be found HERE.

It was a very well planned and exectued Bonanaza, three cheers for the Västervik Bonanza Crew! At the Banquet they handed over the flag to Turf Västerbotten, who invites everyone to Umeå, the city of birches, next year! See you there on the 20th of May 2023 :)

In July you can go to Gothenburg for an open event on the 2nd of July :) Information in Swedish HERE. 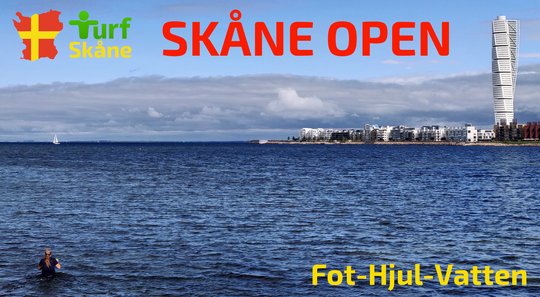 Vacation time is here, and I took two weeks after the Bonanza to see a bit of Skåne, Småland and Blekinge in Sweden. On a rainy day when travelling between Kristianstad and Växjö, me and my partner remembered Holger Nilsson, one of SunYour's special missions The idea is to work together to help Holger Nilsson (based on the character Nils Holgersson who rode the goose Akka from the very south of Sweden to the north in a book by Selma Lagerlöf). The idea is that you pick him up by taking the zone he is currently in, he has to travel via the zones predetermined in the mission list, total of 431. He has currently travelled through 78 of the official stops on his journey. If you are vacationing in the Swedish south this year, please help him along the way! When you have picked him up, you can help him visit several of the zones on his way, as long as you don't dwadle too much (zone takes have to be within one hour of each other, but you don't have to only take the mission zones). If you are lazy and more than one hour goes by between zone takes, he will stay in the last zone you took before your ”break”. The special rules for Story Missions can be found HERE.

Vacation time often also means visiting Turf zones you usually never visit. It is also very common that one visits zones in area with few/no local turfers and here you are likely to find things "wrong" with the zones, like they are not in a proper location, an attribute is missing or the name is just not right. Then it is time to write an issue and help Turf Crew to better the zone :) Zone guidelines can be found here, but it is by far not a complete list of what can be wrong with zones.

It is not hard to write an issue, but you need to login to the issue page, this is easiest done by being logged into the Turf homepage. And you need a lot of patience...the issue page is very slow in updating, and this is true for submitting an issue as well. It might feel like it has stalled, but usually it just loads very very slow. If you are impatient, you will submit the same issue two, three or four times! So please, be patient when submitting issues :) Turf Crew do appreciate the help from the community in writing issues and alerting us when something is not right with a zone you visit.

During the September round, MaXi is once again organising the Turf Ultimate Region Fight. If you and turfers from your region want to be part of this, please assign a region team leader/coordinator and e-mail MaXi at: maxi.triathlon@gmail.com for more information. Last day to sign up your region in June 30th

This is the third year in a row this region fight will take place. Will Åland be strong enough to defend last year's win or will some other region best them?

On the 4th of June Wintergreen and CSL compleated their Munros by taking the zone on Ben Alder. Munros are hills in Scotland over 3000 feet (914,2 meters) as defined by Sir Hugh T Munro in 1892. It took these two turfers 50 years to visit them all, and now they might have to go back to those early ones in order to take the Turf zones that have recently appered on them, hopefully that will not take them another 50 years ;) All Munros does not have a zone yet, but it is an on-going project. 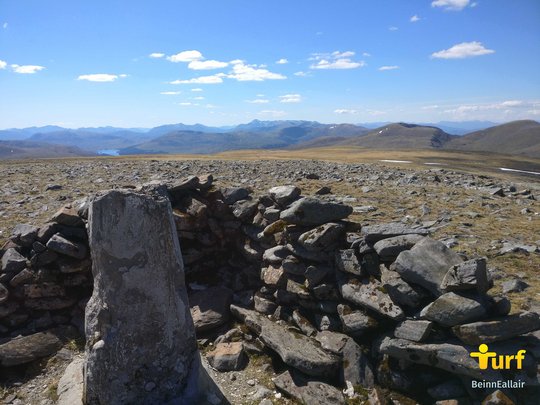 ...that over the years 2379 Bonanza Participator medals have been awarded to 1321 different turfers.

Out of the submissions for this issues Turf Picture of the Month, the choice fell on Ångfartyget sent in by LillaHunden in Södertälje. A big thanks to everyone sending in their Turf Pictures :) 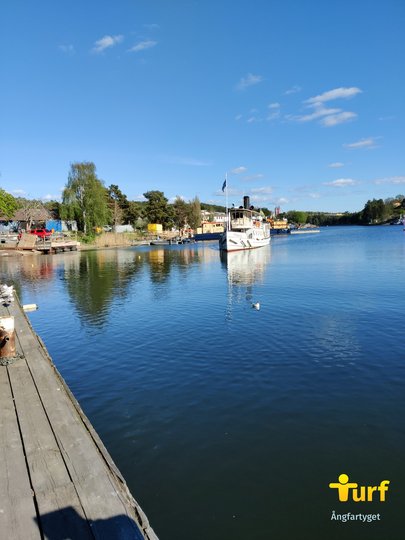