This round has been quite interesting indeed, even if I haven't been able to follow it as much as I would want to the top three turfers show some interesting stats! At first place we find simpson, from Värmland, boasting a total of 1 266 197 points and thousands more takeovers than any other player this round. It's simpson's first gold medal, previously owning both two silver medals and a bronze medal. He also beats ABECE's record from round 64 of the most average daily points ever gathered. At second place plux, from Södermanland, stumbles in just shy of a million points (963 152), previously owning a gold medal! But here comes the interesting part, at third place we find rozaliona, a turfer from Åland! This is the second turfer ever, according to TurfCrew sources, from outside of Sweden to grab a podium medal, and the first turfer from Finland! rozaliona managed to do this by taking over 4 587 zones, more than plux and collecting 891 862 points! Well done everyone, and give an extra round of applause to rozaliona!

At the end of August I've been doing some hiking in the Swedish tundra (fjällen). I can really recommend hiking to those who are interested in the outdoors and don't mind a little physical exhaustion. For the most part we stayed off the big trail Kungsleden and that was some tiresome walking but definitely worth it, I know where my three zone suggestions will be placed! When I was up there, there was only one zone, and it was a summit, and it was high up. Very high up. We looked at the map and determined we had to ascend about 1300 m, but the trip up is walkable. Unfortunately, this was enough to deter us from attempting a takeover and that is why I'm looking forward to more simple zones while hiking next year! Below you can see where the zone is placed, on the summit of Norra Sytertoppen. 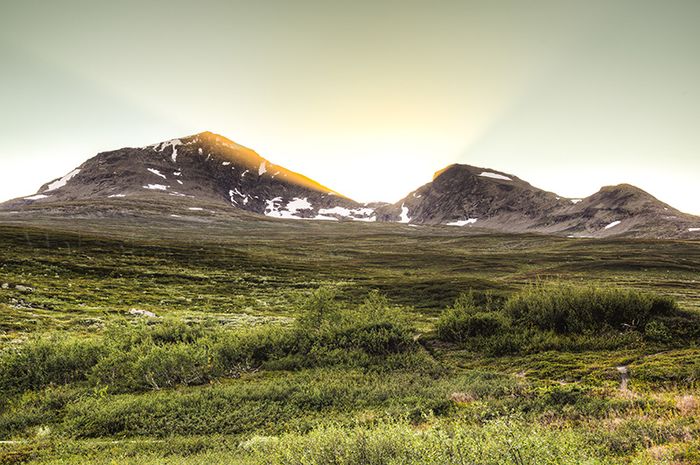 This month there have popped up not one, but two open events on the calender! The first one is located just outside of Stockholm, in Lidingö. It takes place on the 17th of September between 12:00-14:00. For members of Turf08 it is free to participate and for non-members there is the modest entry fee of 50 kr. For more info (in Swedish) check out nyheter.turf08.se and turf24_Medaljregn på Lidingö.pdf.

The second event is just outside of Västerås and it will take off the very next day! More information on turfgame.com to come!

The old region distribution system for zonemakers has had a major overhaul. Previously, zonemakers were distributed entire counties (in Sweden län), but now in order to micro manage smaller areas and even out the zones better than before, zonemakers are handling municipalities (in Sweden kommuner). Each municipality gets a minimum of three zones per year which bodes well for the most rural areas. So how are turfers affected? Well, apart from a more even distribution, you will notice that zonemakers don't have entire regions so suggesting zones in the forum for a specific region might not trigger the zonemaker anymore, you will have to be more specific. On the other hand you might more easily get that zone out in the bush where you wanted it if you're quick enough to suggest it and it's approved!

Have a great September and see you in the "eighth" tenth month!