Congrats to the winner of round 111: M0112 from Åland, Finland! His second gold, back to back with his first. floramcml from Örebro, Sweden turfed his way to a silver medal, his first. jösses...då from Västra Götaland, Sweden added a bronze to his silver.

The first event of the Autumn was held in Kalmar, it was a 6 hour Team Event. The Kalmar Turf Association has e-mailed insider@turfgame.com with a report from it:

On September 14, the Kalmar Turf Association conducted a 6-hour team Turf event in Kalmar. A total of eleven 3-man teams lined up. Of these, two teams participated in the exercise class. Each participant completed four 30 min Turf sessions. All changes took place at the same place on given times at the event gathering place. It was a high tempo and it was fun to see participants coming in for a change and when they pat their teammate on the shoulder.

Teams from Västerbotten, Stockholm, Västra Götaland, Skåne and Kalmar participated in the event.

After six hours of hard work, we were able to conclude that Nybro Pro Team took home the victory closely followed (by just 3 points) by Kalmar Dream Team and #Team Skandal. The result of the event is available at www.kalmarturf.se

In the evening, about 20 participants gathered for a joint dinner at the Stekhuset restaurant. Thank you to everyone who participated and contributed to a successful event. //Kalmar Turfförening 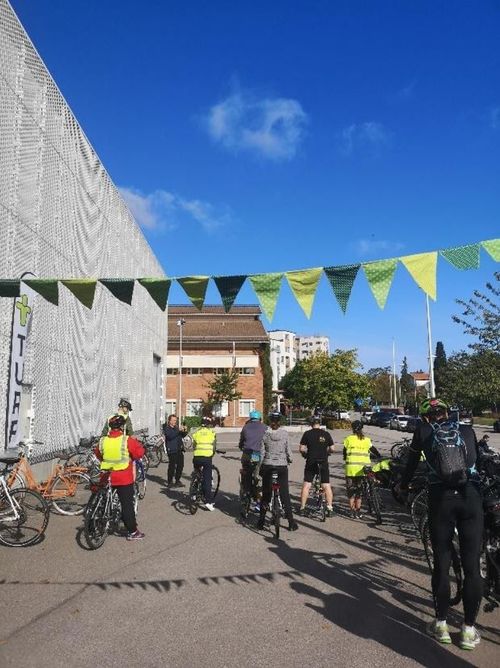 Turfers waiting for the next Turf session 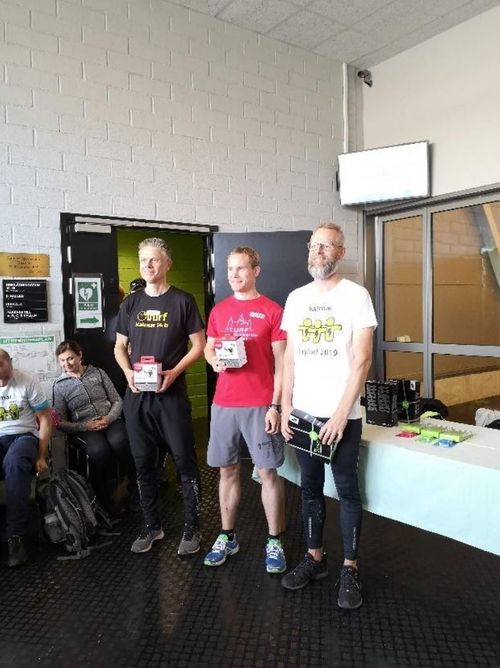 If you want your public event featured in Turf Insider, write to: insider@turfgame.com preferably at least two months in advance and add a web page if possible. After the event it is always fun to read a paragraph about it (winners, weather, funny episodes) and remember that a picture is always worth more than a 1000 words.

Autumn also means back to school for a lot of children. In Sweden there are many School Events taking place every day as part of the school gymnastics. If you are a gymnastics teacher interested in creating a School Turf event for your students, contact our crew member in charge at skolevent@turfgame.com

As we turf on into autumn, there will be rainy days. Rain on our cell phones can make for a hard time keeping our fave app on. Many are the times when a water drop hits the game's off button and you are asked if you want to turn off the app. When this happens for the 11th time during ten minutes, it is easy to give up and bike home in the rain. An app that has helped me during the years is the Touch Protector. It locks the screen, but keeps the Turf map active. Rain drops or anything else touching the screen when the Touch Protector is activated, will not have any effect. Perfect when turfing in the rain in your own hood, a little bit more complicated if you are out exploring and need to zoom in and out a lot. Denmark Explorer

324 turfers have taken at least one zone in all of Denmark's five Turf regions. It's been rumoured that one turfer did it in 8 hours, it took me two weeks this September :) There are 3710 zones to choose between in 98 counties in Denmark. There are many lovely cities and towns to visit, my fave was Ribe on the west coast of Syddanmark. 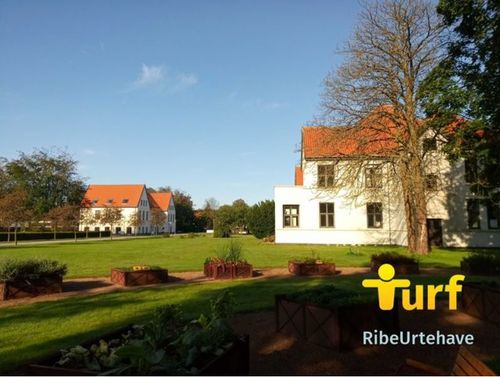 he downside of turfing in Denmark, is that many zones requires some tweaking. I think I wrote over 50 issues during two weeks asking my fellow zone makers responsible for the Danish regions to ”please move from the grass to the nearby path to the south” or move away from a private area. The worst was a zone about 5 meters off a single track bike path in an area with weeds taller than me!

We sure are spoiled in Sweden after years of issue writing that our zones for the most part are centered on bike paths or any other paths instead of in weed infested forests or on grass. It is easy to help correct these kind of zones, just visit Issues.turfgame.com and write a short note stating in which direction the zone should be moved to leave the grass and center on a path.