Congratulations to the winners of round 141: féarglas from Scotland biked home her fourth Gold, grock from Norrbotten turfed home his second Silver and the carbon neutral bike abuser Drylaw13 from Scotland secured his first Bronze medal.

Come to North East Scotland AB32 for 2 hours of turfing fun! Meeting point prior to the start is Denman Park next to the tennis courts! Turfer Granmabigabee will be based there for emergency supplies, bike pump, battery charge, small 1st aid kit! Register at westhillturfevent@gmail.com Lots of zones created. Suitable for bike and foot and for all abilities. Lots of cycle paths!

Turf08 Stockholm hosts an open event on saturday 7th of May. The event takes place around Ulriksdal Castle in Solna and is open for everyone. This is an event on foot so no bikes allowed this time. More information HERE.

Registration for Bonanza 2022 in Västervik is now open. There is an offer for discounted accommodation for the Bonanza weekend, read more about it HERE. So far over 250 turfers are coming to the Bonanza. Are you one of them?

And don't forget about Göteborg Open on the 2nd of July :) Information in Swedish HERE.

Spring is supposedly upon us, even though I was biking both to and from work in falling snow just the other day. Some voices about what changes spring has brought for their Turf experience:

”The great feeling of day breaking in the TOWNWATCHING zone with the absolutely magnificent vista of the Kingdom of Fife. And not turfing every bloody morning in the complete dark!”

”Light evenings are so much easier than dark ones!”

”It's a welcome break from clearing mud from mudguards, cleaning mountains of dirt from my bike every day, and especially welcome, the Wordsworth moments of 'golden daffodils'.

I wandered Lonely as a Cloud by William Wordsworth 1804

I wandered lonely as a cloud

That floats on high o'er vales and hills,

When all at once I saw a crowd,

A host, of golden daffodils;

Beside the lake, beneath the trees,

Fluttering and dancing in the breeze.”

”It's a sense of many turfers waking up after winter hibernation. More activity, more points need to hold the same position in the league!”

In January and part of February turfers around the world got to nominate their fellow turfers in four different categories for Turf Awards 2022. Now it is time to vote for who you think is the most deserving turfer in each category. The voting is open April 1-30. The award ceremony will take place at the Bonanza Banquet in Västervik on the 21st of May. Vote HERE.

MNMagik in Minnesota has a sly way of promoting Turf:[edit]

”I love to bike and play games! I started playing Turf last January and it is now my favorite game. I also play a bike tag game on Facebook (FB). Bike Tag is played when someone posts a photo of their bike in a specific location. Other people bike and replicate the picture and post under the comments. Then that person has an hour to bike to a new spot and take a picture to upload to FB.

I now play both games while biking. I often plan my Turf route based on where the bike tag is located. I use my Turf camera when taking the picture, so my bike tag photo has the Turf logo in the corner. Hopefully that will be a subtle way to recruit new players to the game of Turf.”

...there are 1273 zones with the Monument attribute at the moment?

...the most takes on a Monument zone is 53865 takes and the zone is Aseaströmmen.

...there are 59 Monument zones that are still ”virgin” ie never been taken.

Turf Insider got four submissions for this issues Turf Picture of the Month. And the featured picture is a ”springwinter” picture from Motala of the zone Dynudden taken by turfer Miawita. 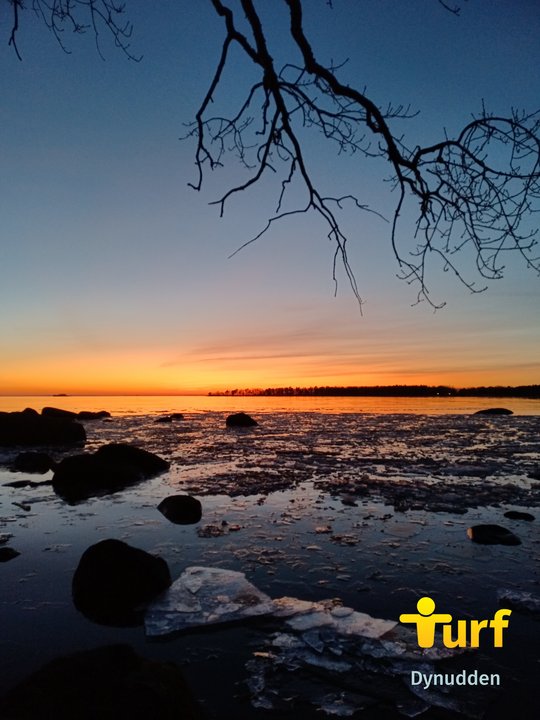