Congrats to the winner of round 120: KRALJICA from Skåne won her second Gold, Jösses...då from Västra Götaland won his second Silver and Kajari from Etelä-Suomi won his first Bronze.
Well done mates!

Sad, but maybe not too surprising news about Bonanza 2020:
”Unfortunately, due to the Covid-19 pandemic and the current recommendations from the Swedish Public Health Authority, we must cancel this year´s Turf Bonanza in Örebro.
We welcome all turfers to Bonanza 2021 in Örebro on May 29. Turf Örebro will refund payments made for T-shirts and the banquet. New registration for Bonanza 2021 will be released in the beginning of year 2021.
Turf Crew and Bonanza Crew Örebro”

I think it was a very tough decision to make by the Bonanza Crew, and now we all should look forward to 2021: circle the date, book accommodation and find a pet sitter! And until then we can still Turf on :)

The winners of Turf Awards 2019 will be announced in the next Turf Insider, since it would be cruel to have you wait until the Bonanza 2021 for the result.

Don't forget to get ready for the multi-region battle in September. So far 11 regions are signed up, all Swedish regions. The last date to sign up is 31st of July with an e-mail to: maxi.triathlon@gmail.com

If you want your public event featured in Turf insider, write to: insider@turfgame.com preferably at least two months in advance and add a web page if possible. After the event it is always fun to read a paragraph about it (winners, weather, funny episodes) and remember that a picture is always worth more than a 1000 words.

During June I was on vacation with my partner and spent some time first in Dalarna and then in Örebro region. While in Dalarna a local turfer, snaggy1967, gave some very good suggestions in the Turf chat to local zones worth visiting. My favorite was Slogbodn with a fantastic view over the river Österdalälven, a perfect spot for morning coffee :) 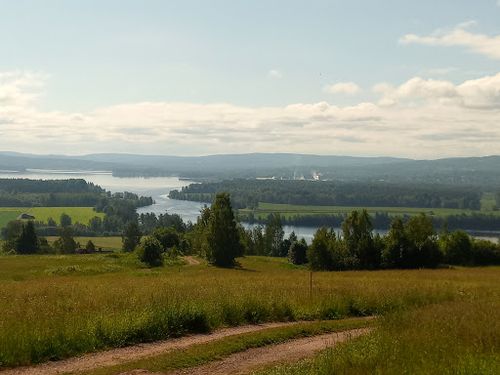 The day before mazn in Mora had contacted us in the Turf chat, asking about our plans in Mora and when we told his we were going to bike around 'hunting' for unique zones, he asked if we wanted a guide. We answered: ”Yes, please!” And then we spent almost 1,5 hour with a very friendly and talkative local turfer with lots of enthusiasm for the game. A few days later in Nora we had a nice chat with local turfer Battigoal who started when Nora had only 8 (!) zones, today the small town has over 70 easy-to-bike-to zones. One of them had the honor of being the 1000 round unique zone for me and TriggerHappy :) Our vacation goal was to take the Diversiest Medal and then relax...

During summer many of us are travelling, going after unique zones. Those friendly meetings with local turfers are the icing on the cake to me, and a chance to listen to the experience of how it is to Turf in other areas. It is easy to think it is the same all over the map, but what is easy in one place, can be really hard somewhere else. Take the opportunity to meet your fellow turfers this summer, either if you are travelling and on 'new' Turf or if someone is visiting your backyard Turf.