Congrats to the winner of round 117: Király from Skåne took 5728 zones to win his 11th gold, OlleKlunk from Örebro added a silver medal to his bronze from last round and recycling from Östergötland secured a bronze by taking 7107 zones.
Well done mates!

If you want your public event featured in Turf insider, write to: insider@turfgame.com preferably at least two months in advance and add a web page if possible. After the event it is always fun to read a paragraph about it (winners, weather, funny episodes) and remember that a picture is always worth more than a 1000 words.

Due to the Corona pandemic, Bonanza 2020 has been moved to August 29.
Registration is still open! All info can be found here. The voting for Turf Awards 2019 has been concluded and the winners will be announced at the Bonanza banquet, which we all hope can be held in August.

Turf Insider got an e-mail from TortugaVeloz:

In these hard times with the world fighting the Covid-19 virus we are lucky to have the Turf game giving us a motive to go out in the fresh air walking or biking. Regardless of social restrictions we were able to fulfill our first ever event, something we had been planning and talking about for months.

“Åbo Private” event was a closed event because we wanted to have it as a trial run to see how it worked and be able to correct eventual errors before we take on having an open event. Good thing we did as due to the Corona virus people were not able to travel to our town to participate. Still 19 of our local turfers participated in our event on Sunday March 29th. The weather was close to perfect and I have not seen so many of us out at the same time before. During the full 2h we were walking alone or in pairs happy to meet up with each other at some zone or another. The feedback was that we all enjoyed ourselves.

And you can be sure that as soon as the world is back to normal we will start planning an open event in our town. So keep an eye open for news when things get better. From Sweden it is easy to take the ferry from Stockholm to Åbo. You can arrive in the morning and take the evening ferry back, if you do not want to spend a night in the former capital of Finland. Ready to take some new unique zones? See the culture. The event will be in the center of Åbo/Turku including several parks and walks by the river. I am told it could be the first ever event outside Sweden…

Afterwards some of us gathered by the river just for a quick chat about the day and to take a group assist zone. You find us in the below picture, trying to keep the 1-2 m distance as recommended.

Stay healthy, everyone. And keep Turfing!” 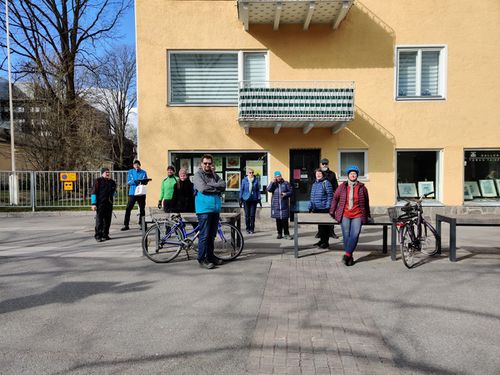 I am sure many of us would love to visit Åbo for an Open Turf Event in the future :)

During March Uppsala was battling with Östergötland in three classes: average points, average takes and average unique zones. It was a tough battle over five weeks and in the end, the best team won: Uppsala! :) There have been many hours on the bike, securing those precious takes. It was obvious early on that Team Uppsala would have no chance to win the average points class, since our zones were worth a lot less. Our strong side was lots of team members with plenty of never taken zones in both Uppsala, Bålsta and Enköping, so we did not have to go far to collect unique zones :) The battle was going to be about average takes...

I asked recycling, team leader of Östergötland for his view of the region battle:

”Östergötland tried to take on Uppsala in a region battle during the March round.

The first challenge was to try to match the size of the Uppsala team. I actually recruited the last few members while riding to the position where I intended to start the round.

The second challenge turned out to be interpreting the rules of the battle. I failed miserably at one point. Apart from that the first week was pretty much as planned. Both teams averaged roughly 450 takes per Turfer and Östergötland was the winner of week 1.

Halfway both teams did remarkable turn-overs and it became pretty obvious that the overall victory would go to the team with the highest number of takes over 5 weeks. So the fourth week became the big battle of takes. Östergötland raised the bar and the top 33 turfers took more than 20000 zones, but it turned out to be just 16 zones short of winning takes week 4. Less than half-a-zone per turfer over a whole week. Ouch, that hurt! The joint Uppsala effort was once again successful.

Östergötland had tried to match that with a high-speed recipe that gave a peak of 62 takes by the same turfer within an hour. The team reached 10 Staminatrix and 3 new Staminatrix medals, but all-in-all Uppsala had an awesome team work that gathered lots of unique zones and takes and the overall victory was never really in jeopardy during the last week.

Uppsala won the final victory, but we all feel like winners. The team work and united efforts have had many positive side-effects. I am really proud of the entire team and the efforts made by many turfers that usually don't get that many points.

The last four turfers joining the Östergötland team took between 34k and 58k points in the February round. Together with four other turfers within the same range of points in February, they did really step up during the March round. These eight turfers took 351k points in February, but a massive 1978k points in March. One of them almost made a 12-fold increase in points between February and March. That is stepping up! Another of these eight initially refused to join the team but finally agreed with a side-note: "There won't be any 30k per week". And it wasn't. It turned out to be more like 66k per week and a Greed-200 medal...

Many thanks and congratulations to the Uppsala team for an intense and exciting battle! And many thanks to the Östergötland team for all your efforts!

These are strange times. Even during this morning's Turf round the Corona concerns of others were very obvious. Take care, observe distance, help out and show respect!

Yes, it was a tense week 4 battle to the end on Sunday the 29th of March. After the Uppsala team's amazing turn around at the end of week 3, the Östergötland team was ready on Sunday week 4. Sunday week 3, the Uppsala team woke up to a 36 average takes difference after Team Östergötland had biked all thru Saturday evening and night until 2.30 am on Sunday. But we got up at 4.40 am and started laps, first in Västerås where four of us had gone for unique zones, and after breakfast the turfers in Uppsala, Enköping and Bålsta mustered and got on their bikes for laps and solo turfing. When the first Team Östergötland turfer woke up at 10 am, we were tied again for takes. At the end, Uppsala won that week with eight average takes, what a feeling and team spirit!

I will let Rymprak speak for the Uppsala team:

”Reflections after the Turf battle

In February I was asked if I wanted to join the Uppsala team and compete in a region battle against Östergötland. I usually turf relatively okay compared to other turfers in Uppsala, with an average of 100000 points per round. I said yes, and that I would turf on as usual and that it will be enough.

Lesson #1: After 50 years, I realize that I am apparently a competitive person.

Lesson #2: How wonderfully fun it is to be part of a team. Haven't been involved in team sports since I quit football at the age of 15. An extra wonderful memory is from the last hour of the raffling week 4. Partly in group and partly solo the Uppsala team was scattered over the cities (Uppsala, Enköping and Bålsta) and biked from zone to zone, cheering each other on and collecting zones all to the last second. The collective joy when we realized that we managed to win the average takes week 4, still makes me happy today. We have had early bird turfers, day turf, after-work turfers, evening turfers and night owls out day after day. Everyone contributed a little extra.

Lesson #3: Achieving individual goals triggered me (and others) to set new goals along the way. After the first week, I revised my personal goal into taking 10,000 points on average per day. I have also taken a score of medals: unique zones, three Assist medals, the 12-hour Restless medal, a Take medal, Diversiest medal and finished on the last Saturday to take my first Staminatrix.

Some of this I might have done anyway, but far from it all during one round. It would never have happened if we hadn't done this together as a team. We have biked countless laps in central Uppsala, visited other places together, helped each other find good routes and showed each other smart roads within the three cities when we visited each other. We have cheered, encouraged and helped each other and been cheered on by the other non-competing turfers in many different ways all the way from start to finish. Some have biked in groups, others individually due to the need for social distancing in these Corona times. Some have been able to turf more due to changed working conditions, others less. I also managed to take a zone from the train when I passed Norrköping with assist from Kryos in Team Östergötland before it was advised against travelling :)

And yes, it was a lovely lap of honor when 20+ teammates biked around central Uppsala during the last hour of the region battle and took the final zones together.

And yes, I've taken three times as many points as I usually do!

And yes, I have gotten several new Turf friends!

And yes, it has been very nice to have a hobby that can be pursued now in these Corona times and clear the thoughts every day.

And yes, this has been fun almost every zone take.

And yes, it is nice that the competition is over and I and the other turfers can turf on as usual again without half the city's zones blocked by eager competitors.

Thank you to all the Turfers, both everyone in Team Uppsala and everyone else who cheered us on and had a great understanding of our rampaging!”

One of my own favorite memories from the region battle, is the coffee car trunk café Florenskan supplied the team in Uppsala with on Sunday week 4, to give everyone doing the lap in central Uppsala something hot to drink and some extra energy. Must've been the reason why Uppsala took home the average takes victory that Sunday ;) 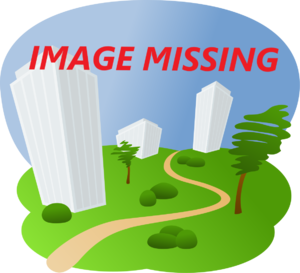 The picture is missing, feel free to upload it if you have it

There is a multi-region battle coming up in September (organised by MaXi, send your team region registration to: maxi.triathlon@gmail.com) and although at the moment I don't feel like joining, maybe by then I will have forgotten all the long hours on my bike, and only remember the good fun we had as a team.